Wow, it just occurred to me that I haven’t talked about our family vacation !!! How can I not share a 2,000 Miles road trip to the land where one of the most popular songs is: ‘Whiskey in my water’?

After last year’s post-vacation meltdown, I was adamant that this year was going to be 360 degrees different and I had a checklist to keep my eyes on the ball:

– No flying – CHECK. We were going to drive so if the kids loose it we will be able to stop and let them have a total freak out while I drink wine or eat chips (my number one food comfort)

– Go somewhere I cannot be judged on my parenting skills in high stress situations – CHECK. We were traveling to Virginia, North Carolina, South Carolina and Georgia, bystanders probably will have no fucking clue of what ‘tu vas arrêter de faire chier ou pas????’ means and DOUBLE CHECK since we were renting a beach house with our friend Rafa, dad of two, who as a good old Marseillais swears like a truck driver. And thus cannot possibly judge me by the number of times I say FUCCCKKK!!!!

– Travel with child free and zen master/helper/masochist/friend who can suffer 50 renditions of ‘Let it go’ belted out by a trashier/less talented Von Trapp family without wincing – CHECK. Our girlfriend Maro from Berlin agreed to carpool from NYC. The girl is a top finance executive and a rock band drummer. We are a lightweight challenge for her…Plus I have checked and there were no major international airports between DC and Miami thus a reduced likelihood to dump us at a local mama’s fried chicken dinner.

What I love about road trips besides the fact my 3 kids are restrained in their car seats 4 hours a day is that you really get to discover the country you visit and in this instance, the very country I do now live in. And I have indeed learnt many,many things:

– Americans have this reputation of never traveling overseas. Europeans are often gobsmacked by this fact and often use it to evidence ill placed superiority. I now understand better why they don’t travel overseas: each state is really like a freaking different country…In the space of 2 weeks, we traveled to Gritty Philly, Complex Virginia between North and South, Rugged North Carolina, Laid Back South Carolina, Proud Romantic Georgia and for some reasons though the time zone has not changed I felt I had to adjust.

– Indians had no horses – originally! They used to travel by foot until the Spanish conquistadores brought horses into the country. Can you believe this? This fact just floored me. I hate you John Wayne.

– People don’t ‘mix’ in some states. I keep bragging about how every single kid the age of my children is of mixed cultural heritage in my neighborhood Well…Down in the South, blonde people are really, really blonde and black people are really, really black. And they don’t sit at the same tables. I swear. And then, I remembered that interracial marriages was legalized in those states less than 50 years ago in this part of the States. Blimey. I got a whole new understanding/appreciation for the civil rights movement in this country and of why it is a fucking big deal that Obama was twice elected president. Anyway, people on the beach could not figure out our crowd like AT ALL. What are these people: the mix raced couple with 3 ‘Chinese’ children, the Aryan lookalike family and the single child free almost 40 year old woman. An why do they ‘speak Cajun’?

– Americans do the beach differently to Europeans. They are fucking pros: 3 coolers on wheels, a gigantic gazebo that protects 6 adults, 4 teenagers, 3 toddlers, 6 foldable chairs, beers, food for the whole day, music player, planned activities american football for mornings, volleyball with proper nets for afternoons, tanning with feet in the ocean during low tide, BBQ for sunset. Meanwhile our crew of 5 adults and 5 tots were fighting over 1 seat/cooler placed under the one and only umbrella when we were not busy pushing ‘going to fall apart’ strollers on the sand…All this plus the non stop ‘Tu vas arreter, oui????'(‘are you going stop??? in a very, very loud voice) did set us apart. LOSERS. The funniest thing is that – unbeknownst to us when we booked our vacation – staying in Hilton Head Island meant a certain etiquette, savoir-vivre and bank account …so our fellow beach goers were rather dismayed by the bunch of tramps we were.

– P thinks that her twerking in our home bathtub is actual swimming, which is a problem when you rent a house with a not child safe swimming pool. I will spare you the drama…but yeah…Parent of the year award

– DH does not know the difference between a dolphin and a thin shark and thought it was clever to flap the water to call out a ‘dolphin’ while swimming with G. Someone will have to/be made to rewatch Blue Planet.

On this note, I shall finish with a list of country songs titles from the Highway radio. Hope all of you are having a kick ass summer! Xoxo 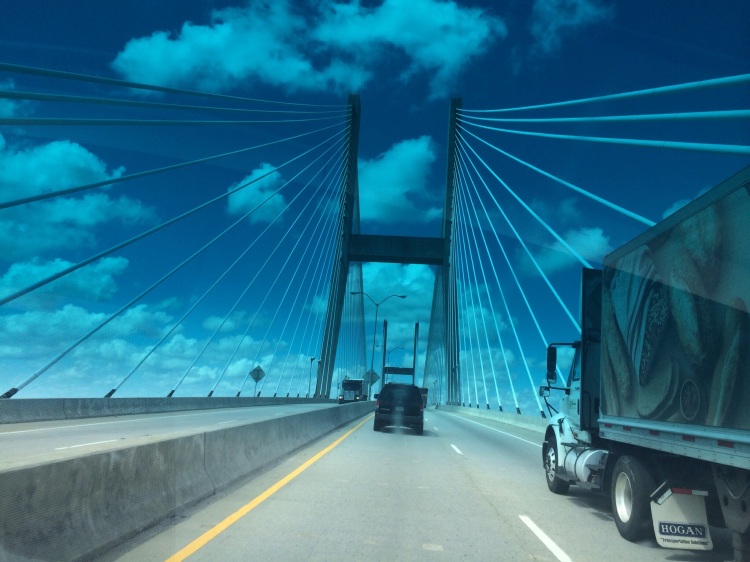 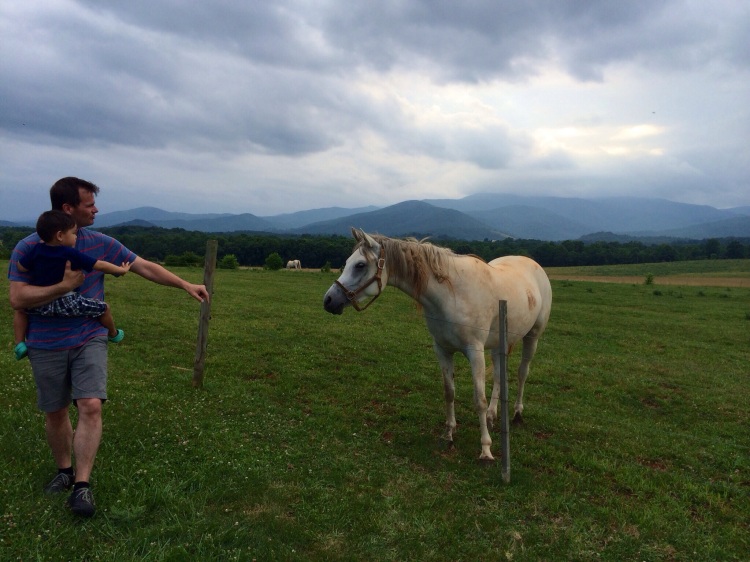 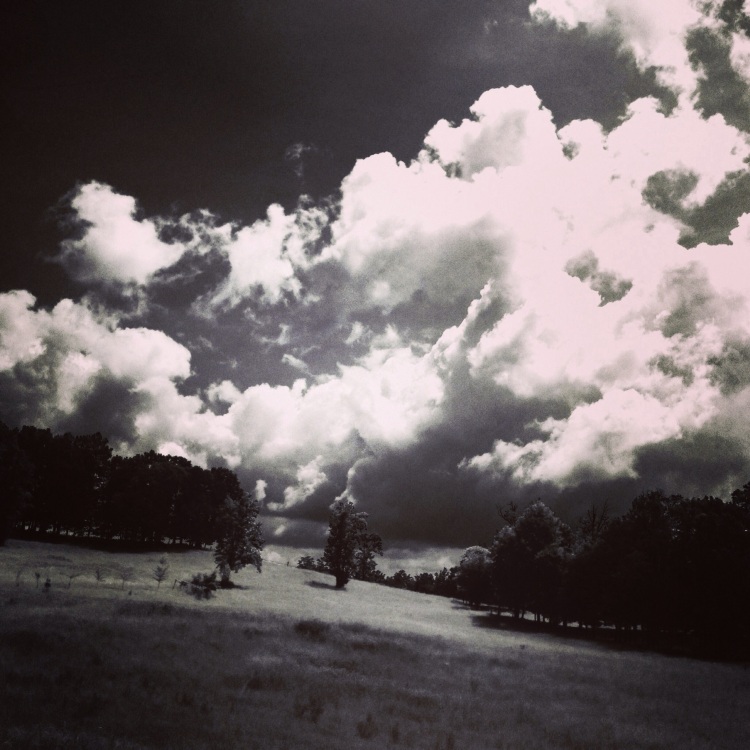 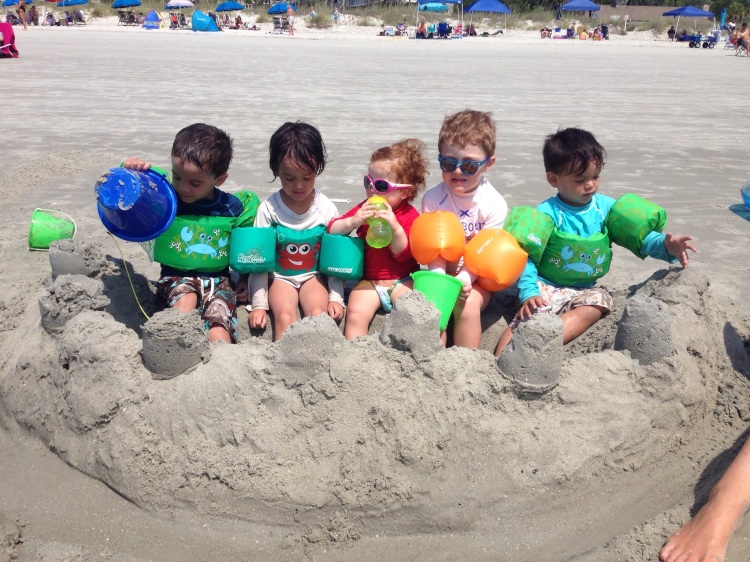 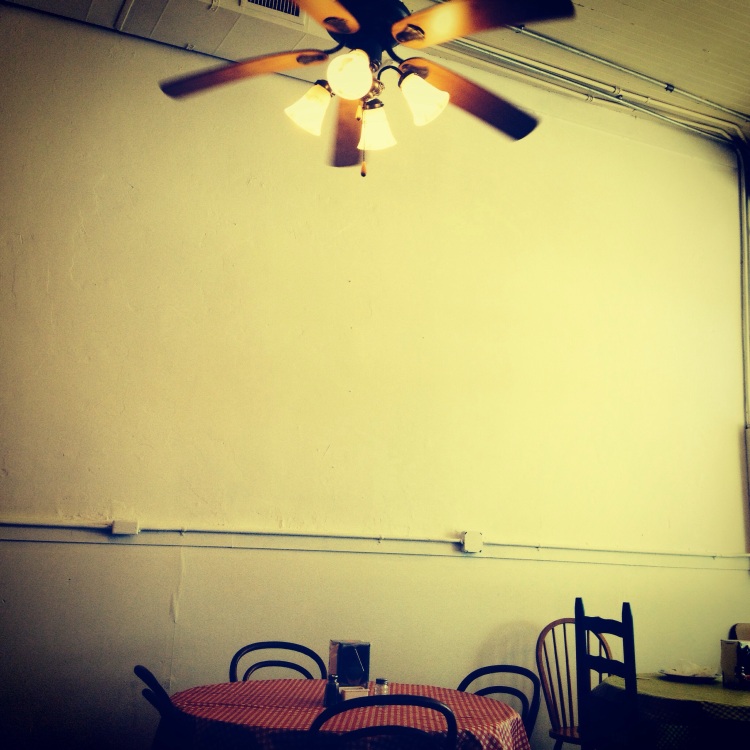 8 thoughts on “Deep in South”