Skip to content
I don’t exactly know why I was obsessed with the word ‘young’ today. Possible reasons include:
– I woke up with Miley Cyrus’ ‘Party in the USA’ track in my head and have been humming the tune since. The fact that I know who Miley Cyrus is at my age is odd, the fact that I have her song on repeat in my Iphone is…well retarded.
– I have been procrastinating on the final assignments for my NYU course (including shooting and editing a cause video) and thus I will have to pull a couple of all nighters in the next few days drinking Red Bull or similar crap.
Here’s my ‘pretending to be young’ outfit for the day:
– denim shorts by Theory, it is tacky to show that much skin past 25 but it is 73 degrees Fahrenheit (23C) and that is the consequence of a long winter. As soon as there is sun now, flesh, young or old, is popping out everywhere so suck it up people.
– pumps by Cole Haan
– necklace made of 3 copper and silver bangles
– holes, holes, holes. This customized Tee makes me feel particularly young because Christian, my childhood artist/off the cuff fashion designer friend, made the cuts directly on me to make me ‘lose’ a couple of pounds. It is actually quite genius – some kind of punk tailor made clothing. I wore it the last time I partied until sunrise in edgy Dalston, London with Christian and his flatmates, youngsters in their early twenties. It was pre-children life; DH was in NYC and I was ‘commuting’ between London and NYC. I remember that I had to pay for the beers because those students were too broke and that some were mesmerized by the fact that I actually had a paid job. I felt a little like a sugar mama. It was a little uncomfortable and I remember thinking ‘Gosh, those kids are so impressionable. I hope life treats them well’. Despite the mindless fun, that was when I realized: ‘Thank god, I am over this sense of loss and search for who knows what.’ I realized that I had never been a content youngster; I was mostly insecure and always angry. So growing old is just fine by me, I guess. Especially when I can still groove in my head on the sound of Maroon 5’s Moves like Jagger…But shush, keep the secret. I will deny it anyway 🙂
PS: the French braid was inspired by a blogger which blog Closet strategy details a meticulous and smart approach to shopping. Plus I love that she is a Balenciaga fan too.. 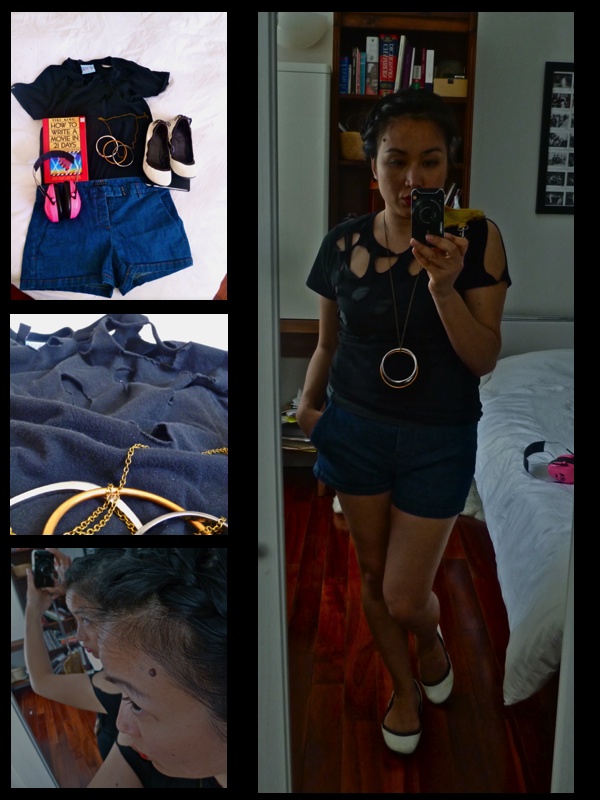 One thought on “Mood of the day: the young and the restless”