After a crazy day running after the kids in Central Park zoo punctuated by two changes of filthy diapers on a bench between sea lions and Rainforest birds, we strolled down Fifth Avenue. I almost choke on the legendary store windows of Bergdorf Goodman, which is celebrating its 111th anniversary. An amazing story of the store which started as a dress atelier told through black and white pictures, exquisite and poetic paper sculptures blending fashion, architecture, literature. I just wanted to dive into this world, my eyes wide open and believe me these days, it is a real struggle to keep them open. I wanted to swim through the 500 lavender orchids, which I have been told are hanging from the ceilings of the main floor inside. But instead of flirting with Manolo and Coco, I was called back to planet Earth by three screaming kids, DH with a bad case of Fifth Avenue phobia and a godfather with a bladder about to explode and sadly, I had to move on. Anyhow, thank you Bergdorf Goodman for those few seconds of magic and for creating a universe in which my alter ego is sewing a royal blue turban wearing an old ivory tulle skirt and sparkling heels. I made a collage to be used as potential visual support for when I am nursing in the wee hours of the morning. 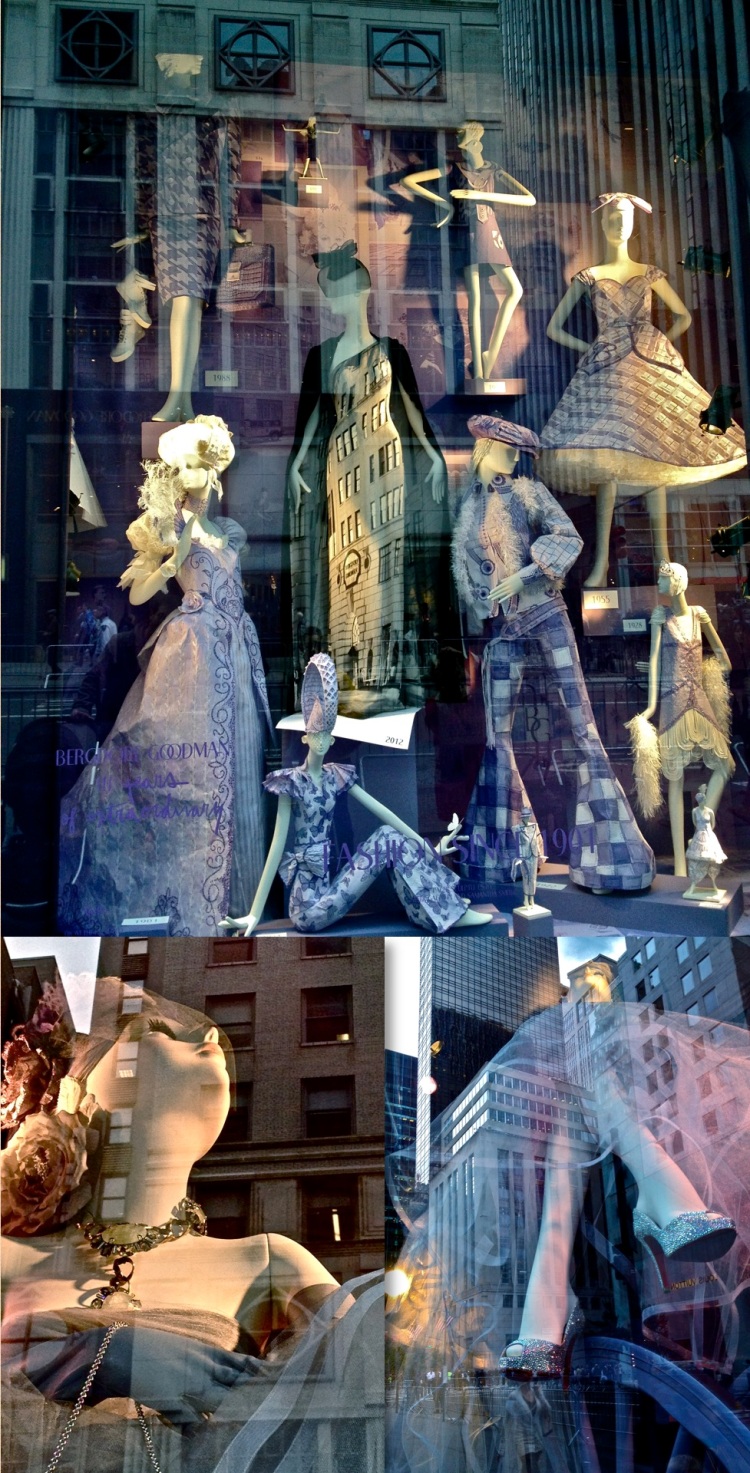